Malaria-Free Safaris near Port Elizabeth and The Garden Route

The Eastern Cape lies at the far end of the scenic Garden Route. It's a beautiful area packed with exclusive private reserves offering Big Five wildlife viewing in a completely malaria-free environment. The area is also home to Addo Elephant National Park, where you can have the thrill of self-driving through the bush and discovering the wildlife yourselves. 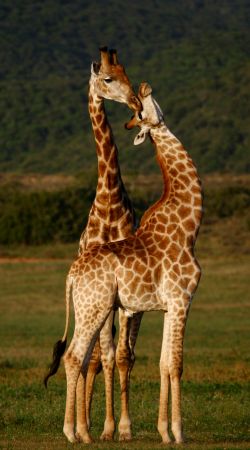 Opting for a safari in the Eastern Cape is a great way to combine a real safari adventure with a Cape Town and Garden Route holiday. Between a 60 minute and 90 minute drive from Port Elizabeth, the Eastern Cape reserves are very accessible, so it's a handy way to cut down on time and money spent on travel. It's also a brilliant, worry-free option for families, as anti-malarials are not necessary.

With the exception of the Addo Elephant National Park, the wildlife reserves in the Eastern Cape are all privately owned and they range in size from 5,000 hectares to over 25,000 hectares. Each reserve operates independently and each one has its own stock of wildlife. The larger reserves of the Eastern Cape, Kwandwe and Shamwari, can sustain wildlife in bigger numbers, and this is why they are more expensive than the smaller reserves.

Shamwari Game Reserve is the longest-running private reserve in the Eastern Cape. Stretching across 25,000 hectares, it's now home not only to the Big Five, but also to wild dog, cheetah, hyena, hippo, giraffe and zebra. At 22,000 hectares, Kwandwe Game Reserve is the second largest of the Eastern Cape reserves, known for excellent cheetah sightings and popular with birders due to its population of highly endangered blue cranes.

The smaller reserves such as Amakhala, Pumba, Kariega and Lalibela range from around 5,000 hectares to over 10,000 hectares in size, so they do need to place a limit on their number of predators. For example, a small reserve can only sustain one or two prides of lion or they would find their entire buffalo and zebra population wiped out by hungry big cats! However, although the wildlife population in these reserves is not massively large, they still offer great game drives in a beautiful African setting and tend to be a little more affordable. 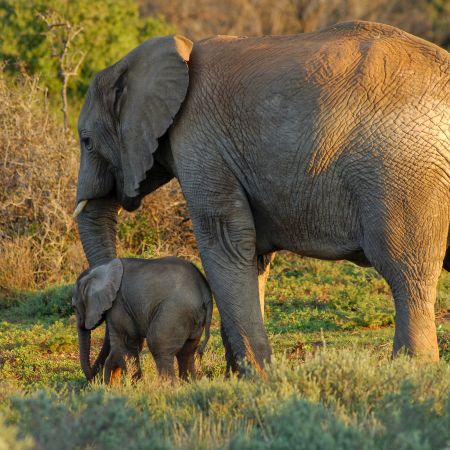 A couple of the smaller reserves are also what they call ‘split‘ reserves now, which means that the more dangerous wildlife is kept in a separate fenced off area to safeguard the wildlife population levels. This, of course, is not the same as an authentic safari experience through a natural habitat such as Kruger, but it can still be a convenient way to see the Big Five if time, or funds, are short in supply.

Another option is a day visitor safari. If you're staying in Port Elizabeth on a flying visit, a couple of the reserves - such as Pumba and Amakhala - offer one day safari experiences. This can be a great way to get an African safari experience on the fly.

Last, but certainly not least, the Eastern Cape is also home to Addo Elephant National Park. It's a lush, forested area with rolling green hills, valleys and meandering rivers, and it's full of wonderful wildlife. Addo is home to over 450 elephants, giving it the greatest density of elephant per hectare in Africa. Now that's a claim to fame!

They wander freely through the 180,000 hectare park and you'll often see them roaming in large herds - a breathtaking sight that will stick with you forever.

The 5* Bukela Lodge offers just 4 suites and 5 luxury safari tents in the heart of the Big 5 Amakhala Game Reserve, each individually styled in African simplicity while never compromising on luxury.

Leeuwenbosch is a colonial country house set amidst beautiful indigenous gardens within the malaria-free Amakhala Game Reserve.  This historic house offers a Big 5 safari experience combined with the traditional charms of a family homestead.

Woodbury Tented Camp is set in the heart of the reserve and the tranquil surroundings of the open bushveld allow you to truly experience a quiet getaway. All the tents are on raised bases with private decks, providing seclusion and intimacy with the bush.

Set in a secluded valley in the malaria-free Amakhala Game Reserve, Quatermain's Camp embodies the original spirit of safari with just 3 comfortable en-suite safari tents that each have their own private deck.

Situated on the banks of the Kariega River Estuary but tucked unobtrusively into the indigenous bush, Sibuya Forest Camp offers a blend of essential comforts and warm, charming style. The lodge has 8 secluded tents with en-suite bathrooms and comfortable kingsize or twin beds complete with luxury linen and furnishings.

The accommodation at Kariega Main Lodge consists of  one, 2, 3 and 4 bedroom chalets set in the malaria-free Kareiga Game Reserve. Available activities include game drives, bush walks, fishing, bird watching, canoeing, and cruises on the Kareiga River.