Where to go in Africa in December

Celebrate The Festive Season In Africa

"Tis the season to be jolly" - and what else would make you happier than heading to East Africa at the beginning of the month and enjoying a safari at a fraction of the peak period rates?  This is also a superb time to head to South Africa and explore Cape Town and the Garden Route, before ending on a high at one of the outstanding safari lodges in the malaria-free Big 5 game reserves in the Eastern Cape. 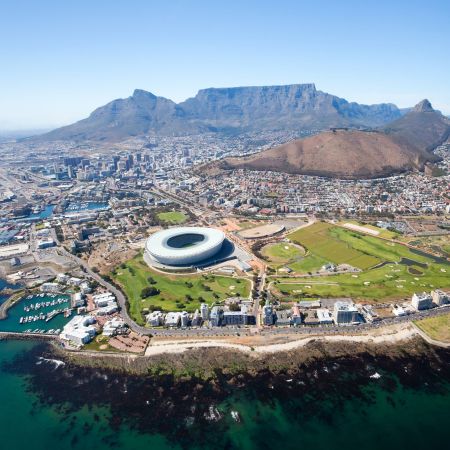 Cape Town, along the Garden Route and the safari reserves in the Eastern Cape are some of the most popular destinations in South Africa during December, as the weather is beautifully warm and the chances of rain are very low – perfect to escape the Northern Hemisphere’s cold and wet winter days!

Any holidays for over Christmas and the New Year will require forward planning as these dates are very popular and get booked up months in advance – and you can also expect flight fares to increase too.  Early December, however, the availability is generally easier to get.

Early December time sees the rains arrive in the Makgadikgadi Pan area – and the dry pan is transformed into a teeming mass of wildlife. The outlying fringes of the pan become lush with green grass, enticing the wildlife to the area, including large herds of wildebeest, zebra and antelope in their thousands. Needless to say, there is also a healthy number of predators such as lion, cheetah and hyena, who are always present when there is an abundant of 'food' around! Flamingos, white pelicans, ducks, geese and other water birds also flock to the pan, to nest and feed on the thousands of tiny crustaceans that have been dormant during the dry period.

December is also one of the best times to visit the Central Kalahari Game Reserve – the desert vegetation is transformed into a blanket of green grass and wild flowers, which attracts thousands of breeding springbok and gemsbok.  Not surprisingly, the predators such as cheetah, wild dog, jackal, leopard, hyena and lion are not far away either! 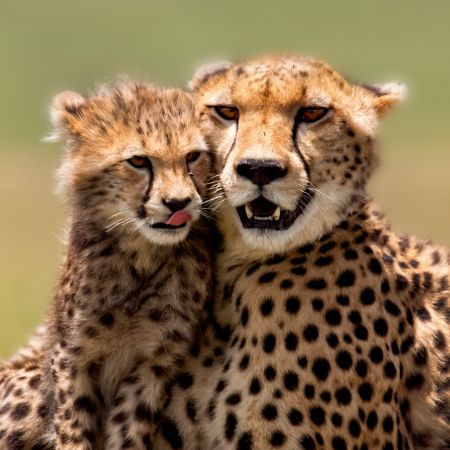 The ‘short’ rains in Kenya last until around mid-December time, but the rain is not heavy enough to detract from the safari game viewing.  Low season rates generally prevail until around the 20th, so early December is an excellent time to snap up a safari bargain.  If you want to be away for Christmas and New Year, however, to enjoy the wildlife and the now beautifully green safari landscapes, the rates do reach their peak/highest over this week, and very early planning/booking is highly advised.

The same applies if you want to stay at the coast in terms of the rates and popularity – and many beach hotels and resorts also operate a minimum 5 night stay over the Christmas/New Year period.

Again, Tanzania mimics Kenya’s rain, weather and pricing patterns for December, so great deals can be got before 20th December, and early planning/booking for a safari over Christmas and the New Year is definitely required, plus a higher budget spend. The wildebeest are gathering on the Southern Serengeti and Ndutu plains, so as well as thousands and thousands of wildebeest as far as the eye can see, you can also expect to see lots of predators.  The Ngorongoro Crater continues to offer good game viewing.