Going in search of Africa's most iconic wildlife

Everyone who goes on an African safari for the first time wants to see 'The Big Five'. It is a phrase that everyone looking to book a safari gets to see at some stage in the planning process, and for many, leaving a safari lodge having achieved this over their few nights on safari is a lifetime dream come true.

There are many reserves and National Parks across Southern and East Africa where you can see the Big 5 - but contrary to what a lot of people think, the giraffe is not a Big 5 member - although it is very tall!  Neither is the hippo - although it is undoubtedly very large!

The term 'Big 5' has actually nothing to do with the size or weight of the animal, rather it is term whose origins come from the days when big game hunting was a popular pastime. The Big 5 were deemed to be the animals that were most difficult to hunt on foot, and who, when cornered, presented the most danger to the hunter.

The animals who won this accolade are the lion, elephant, leopard, rhino and buffalo - with the latter being the most dangerous of all.

Today, these animals are 'hunted' by nature loving safari enthusiasts with their cameras, looking for the opportunity to see and photograph these African legends in their natural habitat. 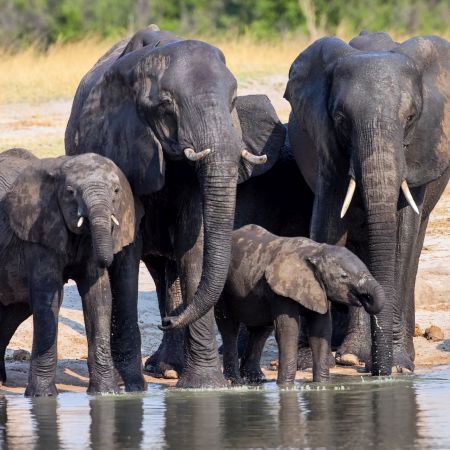 Not Every Reserve Has All Five

It sometimes comes as a bit of a surprise to first-time visitors to Africa to find out that not every reserve and National Park has the Big 5.

If seeing the Big 5 is your dream, then you do need to check to make sure that where you are planning to go on safari will mean you will be able to fufill this ambition!

This does not mean that reserves that do not have the Big 5 are not worth visiting. For example, Namibia's Etosha National Park is one of the greatest wildlife destinations in Africa, however as it does not have buffalo. Likewise, Zambia's South Luangwa National Park has no rhino but makes up for it with one of the highest leopard populations!

Kenya's Masai Mara, the Serengeti National Park and the Ngorongoro Crater in Tanzania, the Kruger National Park and the surrounding private game reserves, and Botswana's Okavango Delta are just a few of the iconic safari destinations in Africa who are home to the Big 5 wildlife that everybody craves to see on a game drive. 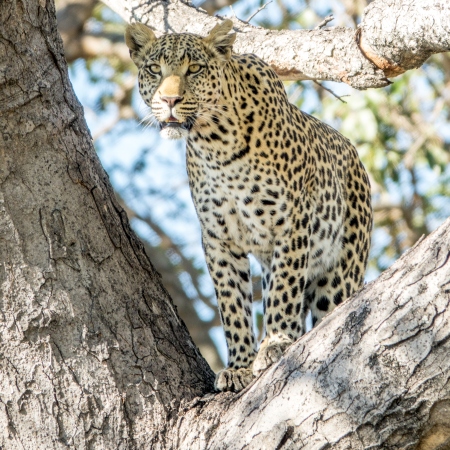 Even in reserves which have the Big 5, you usually need both luck and a skilful guide to find a leopard in the wild. Many visitors to a Big 5 reserve will leave having seen lion, elephant, rhino and buffalo, but not a single leopard.

Leopards are shy animals, and are also nocturnal hunters. If you are therefore lucky enough to see one during the day, the chances are that it will be sleeping up a tree!

More often than not, however, they retire into the thick bush during the heat of the day, and are completely hidden from the prying eyes and camera lens of eager safari goers. One of the best times, therefore, to see leopard is on an afternoon/evening game drive, as they emerge from their hideouts and start to hunt.

In terms of Big 5 reserves, the Masai Mara and the Serengeti have a healthy population of leopards, as does the Okavango Delta. But it is Kruger's Sabi Sands Game Reserve that takes the crown as being especially excellent for frequent and close up leopard sightings.

There are literally hundreds of safari lodges and camps across Southern and East Africa that offer you the chance to see the Big 5 whilst out on morning and afternoon game drives.

You should keep in mind the size of the reserve when you are choosing where to go, as this can also make a difference to the game viewing experience.  A larger reserve will allow for bigger populations of animals, and this will make a real difference of you want to see a huge herd of elephants (for example) rather than a smaller family group.

Here is our 'country by country' guide of where you can go to see the Big Five - remembering of course that this is wildlife, so nothing can ever be guaranteed!

The world-famous private game reserves and safari lodges of the Greater Kruger Park in South Africa offer possibly the best Big 5 game viewing opportunities to be found anywhere, with lion and leopard tracking a particular speciality. If you want to get literally within a couple of metres of your Big 5 bucketlist, then this should be at the top of your safari list. 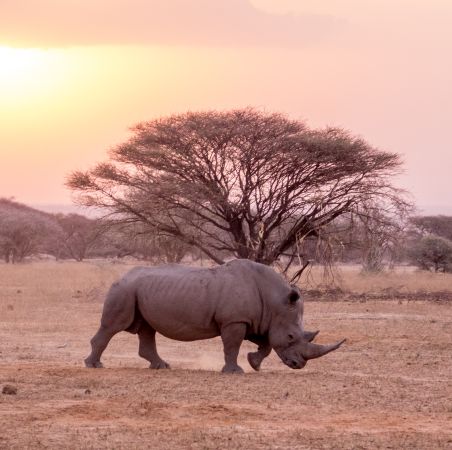 These lodges are either located within one of a handful of concessions in Kruger itself, or in one of the neighbouring private game reserves (such as Sabi Sands, Timbavati, Balule, Klaserie, Thornybush and Manyeleti) on the western side of the Park, or in one of the nearby fenced reserves such as Kapama, Makalali or Karongwe.

Morning and afternoon game drives on open Land Rovers provide unrivalled game viewing in the company of highly skilled rangers and Shangaan trackers. The land is privately owned, so the game viewing vehicles are not restricted to the road network and it is therefore possible for the experienced guides to follow the wildlife through the bush and to get extremely close to the animals - an experience that really cannot be rivalled.

South Africa also has the world's largest rhino population, despite all the recent issues with poaching, but the anti-poaching initiatives adopted throughout the country are working and gradually the numbers are increasing again. The Hluhluwe-iMfolozi Park in KwaZulu-Natal boasts one of the great success stories in the preservation of the endangered white rhino anywhere in the world, and it is practically impossible to visit here without seeing one.

Kenya's Masai Mara is another major Big 5 safari destination, and boasts an exceptionally high population of lions in particular.  During the months when the famous Great Migration reaches the Mara plains, the lion population are particularly active, as the millions of wildebeest and zebra provide a constant source of enticing meal opportunities.

Because of the popularity of the Mara in terms of overall visitor numbers throughout the year, the reserve promotes itself not just as a Big 5 reserve, but as a Big 9 reserve - having extended the original group to now include cheetah, zebra, giraffe and hippo - in recognition that people also expect to see these 'traditional' animals on safari too!

Unlike the private reserves around Kruger, however, because the Masai Mara is a National Park, the game viewing vehicles are restricted to only driving on the roads, and no off-road driving is allowed, unless you are in one of the neighbouring private conservancies that adjoin the reserve. 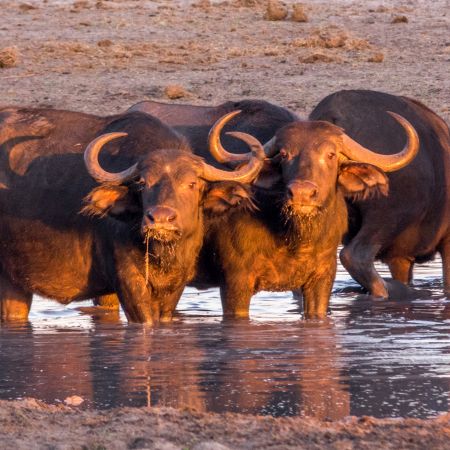 Tanzania is home to some superb Big 5 safari destinations, of which the most popular would be the vast plains of the Serengeti and the iconic Ngorongoro Crater in the north, and the quieter Selous Game Reserve in the south.

Again, no off-road driving is allowed, but this will not in any way detract from the excitement of seeing your first pride of lions lazing under a tree to escape the midday heat, or stalking stealthily through the grass whilst hunting. Or coming across a family of elephants or buffalo gathered around a waterhole, or watching a leopard skillfully climb up a tree and settle itself along one of the branches.

Botswana's Okavango Delta is one of the greatest all-round safari destinations, with the added bonus of being Big 5 territory too. Huge herds of elephant cross the waterways, and buffalo roam the plains under the ever watchful eye of the resident prides of lions waiting for a lone buffalo to fall behind the rest of the herd. Leopards lazily survey the savannas from their treetop advantage points. Seeing rhino, however, is a rare treat as their numbers in the Delta are few and far between, but small populations are gradually becoming established across this vast area.

Chobe also has the Big 5, but the undisputed highlight of a stay here and the reason most people come is for the unparalled elephant sightings - the Park is home to an estimated 100,000 elephants which is believed to be the highest concentration of elephants found anywhere in the world.