Take a day to visit the many museums and historical buildings in Cape Town.

There are many historic buildings and museums well worth a visit in Cape Town, and you can either take a guided tour to see them all, or go yourself.

A good place to start is the South African Museum, which dates back to 1825, making it South Africa's oldest museum.  Its main focus is the anthropology of the continent, and includes many interesting exhibits of Southern African early tribal cultures and rock art. Other exhibits include geology and marine life, including a 21m skeleton of a Blue Whale.  The adjoining Planetarium gives shows on the Southern Hemisphere night sky. 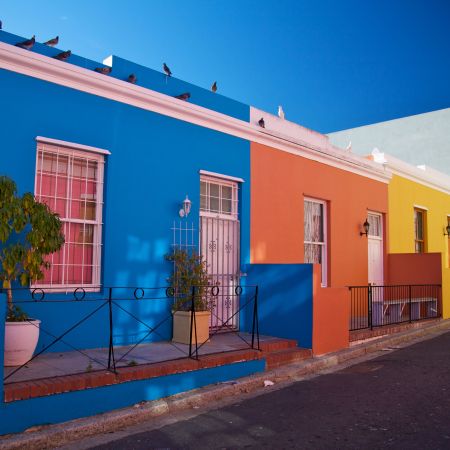 The Bo Kaap is a colourful area of Cape Town formerly known as the Malay Quarter. It is quintessentially a township, situated on the slopes of Signal Hill above the city centre and is an historical centre of Cape Malay culture in Cape Town. The Nurul Islam Mosque, established in 1844, is located in the area.

This sombre museum documents the pointless destruction of an area under apartheid in the mid 60's and 70's.

District 6 used to be a vibrant mixed race community, but in 1966 it was declared an all-white zone, and the black and coloured residents were moved out into townships.  The area was bulldozed to the ground to make way for a new white suburb, but strong opposition resulted in the area being left empty.

In February 2004, a programme began to allow previous inhabitants to move back into their home area.  Today, the museum is a collection of memorabilia and personal photos of the old district and its residents. There is also a floor map where ex-residents have marked where their homes used to be, and a 'name cloth' where written comments try to put into words the traumas of the event.

The Castle of Good Hope, with its unusual pentagon shape, is one of the oldest European buildings in South Africa, and was constructed between 1666 and 1679.  The original castle was an earth fort, built by Jan van Riebeeck. Today, the Castle is still a military base.  Visitors can wander around on their own, but we would strongly recommend taking a guided tour to get the most out of your visit. The harbour water used to reach right up to the castle walls, but the land was reclaimed, and today the views from the castle battlements now overlook parts of the city centre. 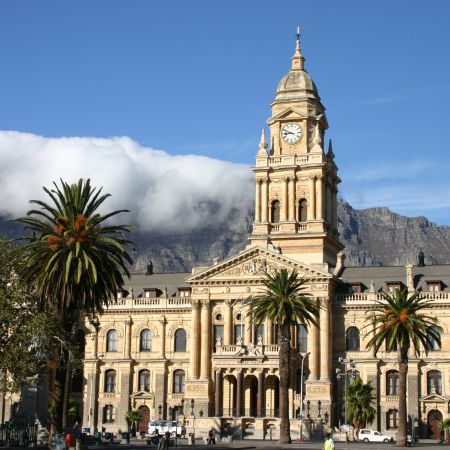 This ornate building was completed in 1905, and is made of sandstone, imported all the way from Bath in the UK. Built in Italian Renaissance style, its 39 bells, the largest carillon in Southern Africa, ring out from the 61 m high tower on special occasions, giving it the reputation of being a mini replica of London’s Big Ben. The organ, with its 3,165 pipes, is the pride of the Grand Hall. Sir George Martin, who constructed the organ at St. Paul's Cathedral in London, is responsible for its design. It is from the balcony at the front of these buildings where newly-released political prisoner Nelson Mandela gave his first public address on 11 February 1990, and an estimated 100,000 people gathered outside to witness the event.

This museum is one of Cape Town’s top tourist attractions having opened on September 22 2017. Situated in the V&A Waterfront, the museum collects, preserves, researches, and exhibits 21st century art from Africa and its Diaspora in over 100 galleries.

Other Museums and Galleries

The South African Maritime Museum includes the history of Table Bay harbour, and fascinating accounts of the many shipwrecks that occurred off the treacherous coastline.

The Museum of Gold is in one of Cape Town's oldest buildings, and contains a small collection of  finely detailed African gold pieces, many of which came from royalty. 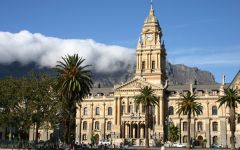