Protect the Rhino AND Save Money on Your Safari Too

As we all know, rhino poaching in South Africa has been constantly hitting the news for the past few years, with the current figures showing that over 500 rhinos so far this year alone have been killed unnecessarily for their horns across the country. Although there is no scientific proof of its medical value, rhino horn is highly prized in traditional Asian medicine, where it is ground into a fine powder or manufactured into tablets as a treatment for a variety of illnesses such as nosebleeds, strokes, convulsions, and fevers.

Awareness is key to stopping this barbaric and illegal trade, and unless it is clamped down, the rhino will soon be joining the ever-growing list of wildlife whose future is looking distinctly dodgy.

The Shamwari Group are actively supporting the Wilderness Foundation ‘Forever Wild’ campaign, one of the ever-increasing number of initiatives to help save rhinos throughout South Africa.

So how can going on safari help?

Well, for every guest who books a safari with Travel Butlers at one of the lodges within the Shamwari Group portfolio on the specially discounted Forever Wild/Protect and Save Package rates, Travel Butlers will donate between ZAR 100 and ZAR 450 per guest per night (depending on the lodge booked) towards the ‘Forever Wild’ campaign. In addition, the Shamwari Group will then also donate a further sum to the campaign.

Shamwari are proud to have raised ZAR 2,000,000 for the campaign in total, and Travel Butlers have actively contributed towards on behalf of our clients.

The initiative is continuing until the end of December 2014, so there is still plenty of time to book a safari and help save the rhino.

The Shamwari Group consists of 6 lodges in the malaria-free Shamwari Game Reserve near Port Elizabeth, plus Jock Safari Lodge and Fitzpatricks at Jock, both situated in a private concession within the world famous Kruger National Park, and finally 3 lodges at Sanbona Wildlife Reserve in the Klein Karoo near Montagu. 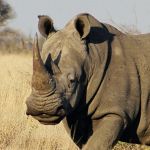 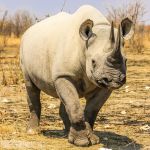