Upon arrival in the reserve, the two animals spent a few weeks in a boma where they were carefully monitored by Reserve Manager,Ryno Erasmus, as well as Dr Yolanda Pretorius from the reserve research division, and her team. “Time in the boma is very important as it allows animals to become familiar with their surroundings and curbs their instinct to run away, in an attempt to return to where they came from,” says Erasmus.

The two-and-a-half-year-old cats are completely independent from their mother and have been hunting on their own for at least six months.

Comments Off on Cheetah Introduced To Mabula Game Reserve

We have been contacted by a number of tour operators that still have test match tickets and accommodation available for the forthcoming Lions Tour to South Africa.

With the squad due to fly out in little over four weeks time, excitement is building and we do not think these late availability tickets will  last too long.

You can see the full tour schedule on this site, or simply ask us to help you plan your trip to follow the British Lions in South Africa.

Ian McGeechan has today announced his squad for the forthcoming British Lions Tour of South Africa.

Whilst there will be a few eyebrows raised at the absence of England captain Steve Borthwick, Wales Captain Ryan Jones, and several others, there can be no denying that the large number of Irish players included in the squad all earnt their places folloing an excellent 6 Nations Campaign.

The full squad is:

Munster and Ireland forward Paul O’Connell will skipper the team.

The Lions are due to arrive in Johannesburg early in the morning of  Monday 25th May, and, following an ‘arrivals’ press conference, they will immediately begin preparations for their opening game against at Highveld XV at Royal Bafokeng Sports Palace on Saturday, May 30.

See the full match schedule for the British Lions Tour of South Africa.

The first official tour by the British Isles Rugby Union Team, selected by a committee from all four Home Unions, was to South Africa in 1910, but 99 years later it has all become a much grander affair with thousands of fans travelling from all over the world for this fantastic festival of rugby. 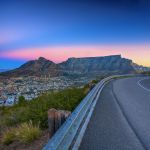 Whilst the highlights will be the games themselves visitors will want to make the most of the overall experience – and where better than the Twelve Apostles Hotel and Spa to spend some of your time recovering from the excitement?

To help visitors have the time of their lives the hotel is offering a special package that includes:

The 2 fixtures in Cape Town are as follows :

Comments Off on British Lions and Twelve Apostles Package

With the RBS 6 Nations kicking off this weekend, thoughts again turn to rugby and the build up to the British Lions tour of South Africa which kicks off on the 30th May…just 16 weeks away.

There are still packages and match tickets available for fans planning travelling to follow the Lions, however rooms are becoming a bit scarce, and it is probably is good idea to get this booked asap to avoid disappointment.

As well as offering a fantastic sporting spectacle, South Africa is is one of the world’s great holiday destinations, and the chance of adding an Kruger Park Safari or trip to Cape Town is sure to appeal to many fans.