I am sure I was not alone last night when I settled down to watch the 2nd episode in the 6 part David Attenborough’s Africa series – the first airing last week pulled in over 6.5 million viewers, and although the viewing figures are not out as yet for last night, I am sure they would have increased.

In true David Attenborough style, it was full of absolutely superb camerawork, and amazing wildlife footage.

Who didn’t reach for a box of tissues at the true devotion showed by the mother elephant in the drought-stricken Amboseli, who watched her herd disappear into the distance as she waited with her baby calf to die?  Or decide that the shoebill is one of the more heartless of natures creations, as both parents ignored the younger sibling’s need for comfort and food in favour of the older (and definitely more bullish) chick?  And wonder at what possessed the lizard to think it was a good idea to try and snatch a fly from the face of a sleeping lion?

But it was not just about the wildlife.  What also got me was the team of 80+ people who trekked up the mountain side in fog, snow and rain, camping out in these conditions for days, to wait to shoot footage that was on our screens for probably less than 30 seconds – but yes, it was definitely worth the wait, I must admit, and I am very envious that they got to see those views firsthand.

I can’t wait for next week’s episode now!

Comments Off on Loving David Attenborough’s Africa On The BBC

Would You Go Swimming With Crocodiles?

Anyone who saw the fascinating BBC documentary on Sunday where Ben Fogle went swimming with crocodiles in Botswana would have probably had one of two reactions… either “he must be mad!” or “Great! where can I do that??”

Just for the record, I am very much in the “he must be mad!” camp….if you live in the UK, you can see for yourself  on the fantastic BBC iplayer.

Of course, we would definately not recommend swmimming with crocs in the same way the Ben did without the same expert support and advice that he had, however there is somewhere that it is possible to cage -dive with these ancient (and frankly terrifying!) animals.

The Cango Wildlife Ranch in Oudshoorn is one of a number of family-friendly wildlife attractions on the Garden Route, and a few years ago they started offering what is believed to be the world’s first Nile crocodile cage-diving experience.   Visitors aged 12 years and older can get into a cage which is then lowered into a heated pool containing giant Nile crocodiles, and the animals often get so close that you can count their teeth!

There is lots more to do in the area, and if this appeals to you and you are spending a couple of weeks in South Africa you might also like to combine this with whale watching and shark cage diving down at Hermanus on South Africa’s South Coast.

From Friday 6th January to Friday 30th March, viewers in the UK will be able to get a behind the scenes look as 32 vet students from the UK attend one of the toughest vet schools in the world.

The students are at the Amakhala Game Reserve in the Eastern Cape of South Africa to learn valuable wildlife skills under the guidance of Chief Vet, Dr Will Fowlds.

It should be very interesting to see how students trained to deal with domestic cats get on with lions, elephants, rhinos etc! 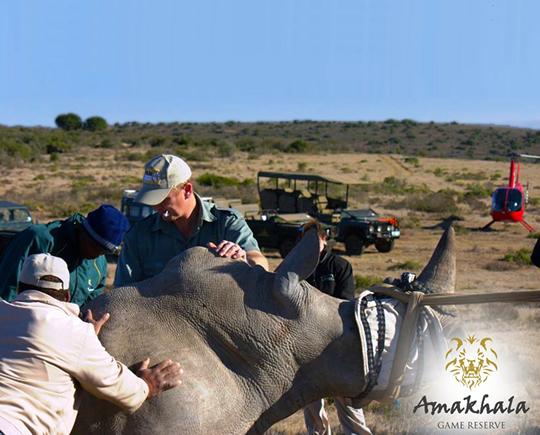 Comments Off on Safari Vet School on ITV1

Tourism should not be affected by the Drought in Kenya

I think it is fair to say that not only have the recent media stories about the terrible drought situation in the Horn of Africa wrenched at peoples heart strings, they have also had been of concern to holiday makers who are possibly considering going to Kenya for their safari holiday, and many people are now considering alternative holiday destinations.

During the whole of 2010, the prolonged drought in the countries to the north of Kenya and in the north-eastern part of the country have resulted in the drought being declared a national disaster, and efforts over the past few weeks have intensified to provide relief to those affected.

However, although the drought is tearing apart some of the country, it is ONLY in certain areas – and conversely, there are many other regions of the country – including the main areas where the tourist activitiy takes place – that have still enjoyed adequate rainfall and as a result, are not experiencing such dire problems. As a result, there is still fantastic game viewing in the Parks, Reserves and Conservancies.

I would stress that people who were considering Kenya as their holiday destination this year, or next year, to consider the knock on impact of not going here. It is very fair to say that there is a large proportion of Kenyans who wholly depend on the money that tourism brings in, either directly and or indirectly, as a means to live. This includes the people live in the communities around Parks and Reserves, and those who operate community owned conservancies as an alternative to farming.

Therefore, please be assured that anyone who was or is still thinking of going to Kenya can be confident that not only will they be able to enjoy their holidays as planned; they will also help to generate income and benefits to the local communities.

Guests looking for a great safari experience in the sabi sands reserve should check out the special offer that we have just added where guests can stay 3 nights for the price of 2 at Chitwa Chitwa between 1 May and 15 July this year.

This is great value for money in one of Africa’s leading game reserves, and at current exchange rates a couple staying 3 nights for the price of 2 would save approximately £640 / Euro 690 / US$ 900.

This offer is due to be featured shortly on Southern Africa TV, so anyone thinking of going might want to get in touch now before all the rooms are booked!