Some people have doubts as to whether to go on a township tour, but with a good tour operator it is a memorable and enlightening experience.

Some people have doubts as to whether to go on a township tour, as it seems almost indecent to treat these areas as a 'tourist attraction'.  However, with a good tour operator it is a memorable and enlightening experience. 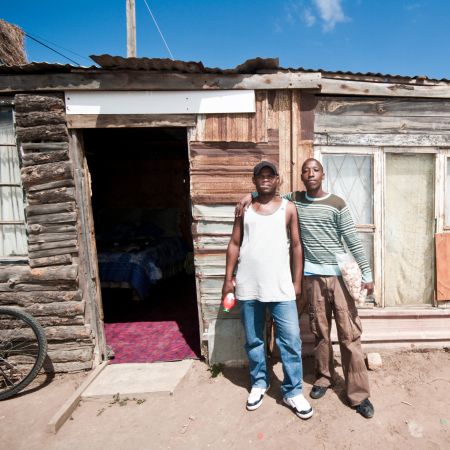 Townships grew very rapidly around every town and city during the apartheid regime, when the black and coloured population were moved out to live in separate areas. Many townships soon became larger than the cities themselves. Today, the majority of Cape Town's inhabitants still live in the townships of the Cape Flats, which are now home to somewhere in the region of 2.5 million people.

A visit to Langa, Mitchell's Plain, Crossroads or one of the other townships gives a deeper understanding of what Cape Town and South Africa are all about and the changes that have happened since the end of the apartheid regime.

A township tour is certainly one of the more highly recommended tours on offer from Cape Town.  As with any township in Southern Africa, it is strongly recommended that you only visit these areas as part of a guided tour.

A tour will generally visit 2 or 3 different areas, to give you a better appreciation of the varying degree of housing conditions in the township - offering a stark contrast to the luxury hotels and guest houses that tourists will return to after their tour. 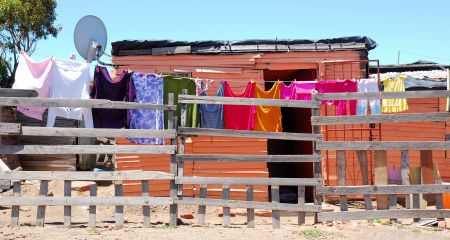 It ranges from small, compact and neat bungalows in orderly streets, many of which have Armed Response intruder systems to deter unwanted visitors; to small 2 roomed houses that are shared between 2 or 3 families with satellite dishes precariously attached to the tin roof.

At the other extreme are the broken corrugated iron and wooden shacks surrounded by debris, which unfortunately are still home to many families while they await relocation to a new home. Not surprisingly, these shacks do not have running water, but there are central blocks where people can get clean running water from, for washing and cooking, and toilet cubicles.

Many of the infamous 'singles quarters' or hostels, which were built to house the single men who were forced to leave behind their families and move to the cities to find work, have now been converted into new family apartments.

The townships are being transformed, and now have modern schools, clinics, electricity and clean running water, liveable homes and sports facilities. AIDS clinics, youth centres and counselling programmes have been developed to address the prevailing issue of AIDS and HIV. Community projects encourage local youngsters to express themselves through art and crafts, which are then sold and the money raised ploughed back into the community.  There may be an opportunity on your tour to visit such a project, and buy something yourself.

Despite the positive attitude of the people in the townships, we must re-iterate again that it is not advisable to visit any township on your own; you are strongly recommended to only go with a recognised tour operator.