Penguins, the Cape of Good Hope and Cape Point 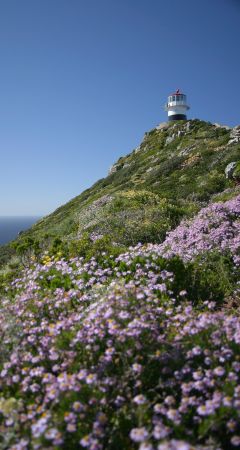 To drive around the Cape Peninsula from Cape Town and stopping en-route will take up most of a day, but the trip is certainly worth the time.

The highlights of the drive are undoubtedly the Cape of Good Hope and Cape Point - offering crisp, clean air, and spectacular views from the high sea cliffs.  Contrary to popular belief, however, this is not the most southerly point of Africa - this accolade goes to Cape Agulhas, some 250 km south-east.

Visitors can drive to the viewing area here, where the waves crash against the rocks, throwing spray high into the air. The steep cliffs are the nesting places of the Cape, bank and white-breasted cormorants. They also help to shield the white sandy Dias Beach from the winds that buffet the coastline.

A 5 minute drive further on from the Cape of Good Hope leads to the main car park and the Visitor Centre.  A short walk or funicular railway from here takes you to Cape Point, a dramatic setting of sheer cliffs tumbling into rough waters. 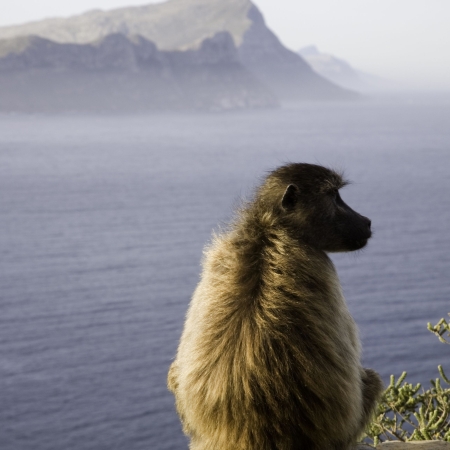 The lighthouse, 250m above sea level, was built in the late 1850s, but due to its height was often obscured by cloud and mist. After the Portuguese liner, the Lusitania, was wrecked off this coast in 1911 (and many lives were lost), it was decided to build a second lighthouse, but this time only 90m above sea level. This new lighthouse has the honour of being the most powerful lighthouse on the South African coast, with a beam that can be seen 63 km out to sea.

Both the Cape of Good Hope and Cape Point are in the beautiful Good Hope Nature Reserve, which is home to a variety of flora and fauna, including the Cape mountain zebra, antelope, rock dassies, abundant birdlife, and baboons - which are an attraction in their own right! The baboon troops on the Cape Peninsula are the only protected population of this species in Africa. However, although they may appear friendly, appearances can be deceptive! Please do heed the warnings about not leaving food or personal belongings unattended, as they have a nasty (and sometimes vicious) habit of taking things that are not theirs - and also climbing into the back seats of cars uninvited if your car doors are left open for a second.

The Reserve is a bird-watchers paradise, with 250 species recorded, including ostrich and the endemic Cape sugarbird and orange-breasted sunbird. 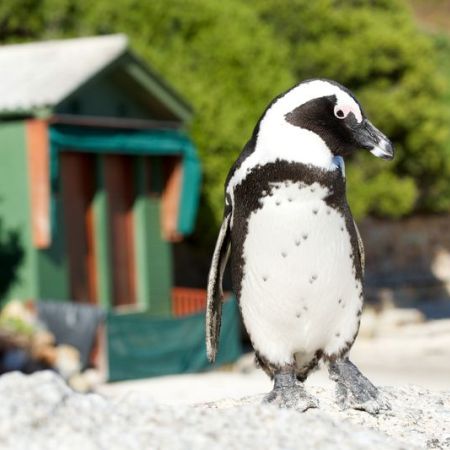 A worthwhile stop on the way to the Good Hope Nature Reserve is Boulders Beach, just past Simon's Town - a rugged coastal area which is home to a large colony of African or jackass penguins, so called because their call sounds like a donkey braying. Boulders Beach is one of only 2 mainland nesting colonies of African penguins in South Africa.

From just 2 breeding pairs in 1982, the colony has now grown to nearly 3,000. There are a number of small, sheltered bays looking out into False Bay, which are sheltered from the wind by large granite boulders which are estimated to be over 500 million years old.

Having paid a small entrance fee, most visitors head to the wooden boardwalk which leads right into the heart of the breeding and nesting ground, where the photo opportunities are endless.

A pleasant place to stop on your way back to Cape Town is Noordhoek.  The massive expanse of white beach here is particularly popular with surfers and walkers (although it is not safe for swimming), and there are also a couple of restaurants/cafes if you are in need of a light lunch or afternoon tea. The winding cliff road running alongside the Atlantic coastline from Noordhoek to Hout Bay, called Chapman's Peak Drive, is a toll road, but well worth the small fee as the scenery is awesome.