Located in the south-east of Zimbabwe and sharing an unfenced 110 km border with Mozambique, Gonarezhou National Park is the country’s second largest National Park after Hwange and covers just over 5,000 km of untouched pristine wilderness. It was proclaimed a National Park in 1975.

Meaning ‘place of elephants’, the Park certainly lives up to its name as it is home to nearly 11,000 of these magnificent animals. In addition to the large numbers of elephants, the Park features hundreds of species of birds, along with lion, leopard, cheetah, African wild dog, buffalo, antelope, zebra and giraffe. Rhino (both black and white species) were re-introduced during 2021 to the Park.

Gonarezhou, the Limpopo National Park and Kruger National Park make up what is now known as The Great Limpopo Transfrontier Park, allowing the wildlife in all of these sanctuaries to move freely between them. Established in 2002, all 3 of these Parks form a conservation area covering some 35,000 km², making it one of the largest conservation areas in the world. 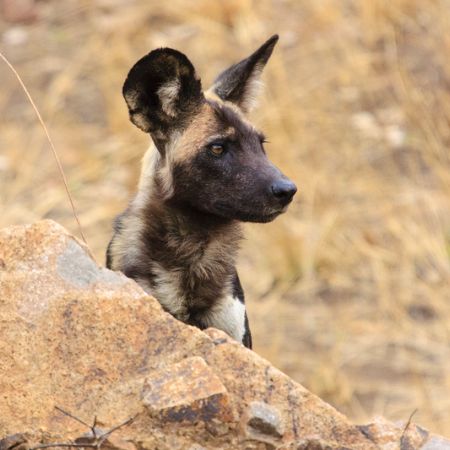 There are 3 major rivers (the Save, Runde and Mwenezi) that wind their way through the Park forming small pools and natural oases. Steep rocky gorges, waterfalls and rapids are a prominent feature along all the rivers.  There are also 2 extensive pans (Tembwehata and Machaniwa) at the junction of the Save and Runde Rivers in the north which hold water even in the dry season, promising good game viewing year round.

Undoubtedly, one of the most prominent features of the Park are the beautiful Chilojo Cliffs. Formed through years of erosion and more than 180 metres high, these towering cliffs wind their way down along the south bank of the Runde River and provide the perfect backdrop or viewpoint to see all there is in this incredible region.

The main activities on offer in the Park include game drives and walking safaris in the company of expert guides. There are relatively few lodges in Gonarezhou, resulting in it being one of the least visited Park in the countr - so a visit here is a definite must for the seasoned safari enthusiast looking for an undisturbed safari experience.

In terms of when is the best time to visit the Park, the dry season runs from April to October and is characterised by clear blue skies. Because of the lack of water over these Winter months, the wildlife congregate around the river areas and waterholes, and the vegetation is dry, making for better game viewing.  The risk of malaria is also lower as the mid-Winter month temperatures can dip as low as 10 degrees C at night - so especially during May, June, July and August you will need to wrap up on those morning game drives!  During the day, however, it is still a pleasant 25-27 degrees C. Come September, the daytime temperature starts to increase with temperatures heading northwards of 30 degrees C when you get into October.

Late October/early November sees the start of the Summer rains (normally in the form of afternoon thunderstorms preceeded and followed by sunshine), which last until May. With temperatures still in the early 30 degrees C range, this makes the climate very humid as well. The rivers are in full flood, so access to certain areas of the Park are restricted and some of the lodges are closed between January and March as well as these are the months which see the most rainfall.

The luxury en-suite rooms at Chilo Gorge Safari Lodge have a private balcony and seating area commanding superior views, offering a serene space to unwind after an exciting day in the 2nd largest National Park in Zimbabwe.