Perfectly positioned halfway between Cape Town and the Garden Route is Swellendam, in the heart of the Robertson Valley wine producing area. Although many people tend to use Swellendam as a convenient one-night stop over en-route to and from Cape Town and the Garden Route, it really is worthy of a longer stay. With the Robertson Valley wine route to explore, the nearby beautiful De Hoop Nature Reserve, and the many fine restaurants in the town itself, if you only stay for one night you may leave feeling frustrated that you have not had time to enjoy the surrounding area. 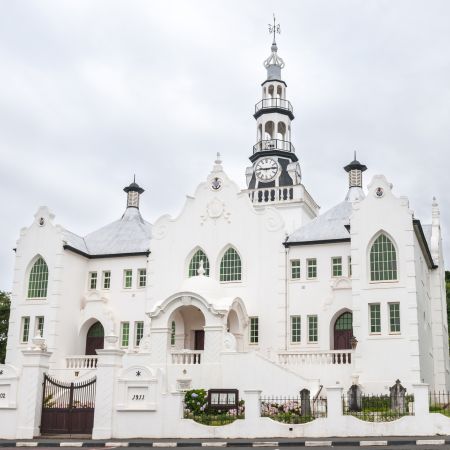 Cape Agulhas, the most southerly tip of the African Continent, is only about 110 km away, so also makes a good day trip from Swellendam.

Swellendam is steeped in a fascinating and rebellious past, and is the third oldest town in South Africa. In 1795, Swellendam declared itself a free Republic and became one of the capitals of the world for a brief moment in time, until the British occupation of the Cape a few weeks later brought the short-lived Republic to an end.

One of the oldest surviving buildings in the town is the Drostdy, built in 1747 as the official residence and seat of the magistrate.  Today, this charming old building is a wonderful example of Cape Dutch architecture, and is a leading historical museum complex and restaurant.

The lime-rich soils and unique climate give the region the natural attributes to produce outstanding wines, coupled with specific planting of grape varieties suitable to the soil. Near to Swellendam, and with the beautiful backdrop of the Langeberg mountain range, this is an exceptionally pleasant area to visit.

The 31 wineries are all situated close to one another, and over two-thirds of them are open to the public.  One of the most well-known of the wineries is Graham Beck, whose state-of-the-art cellars and the computerised irrigation system produce some of the finest white and red wines of the region.

The Robertson Winery is the oldest co-operative in the Valley, and also one of the biggest in the country.  The 42 members deliver some 25,000 tons of grapes, to produce 25 million litres of wine.  The extensive range has won numerous awards and medals.

At the Bon Courage winery, the 1818 Cape Dutch homestead is just one of the attractions of this winery.  The many awards and trophies are testament alone to the quality of this estate's wines. 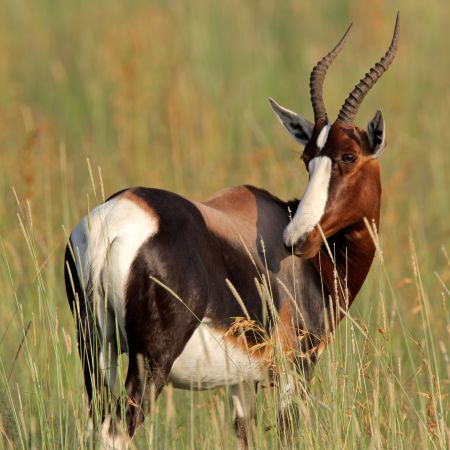 Located about an hour's drive from Swellendam, along well-maintained gravel roads, the De Hoop Nature Reserve is home to 86 species of mammals including Cape mountain zebras, baboons, ostriches, eland, duiker, and the rare bontebok.  Occasionally, leopard are sighted, but this is an extremely rare event.  Over 250 species of birds have also been recorded, including the rare Cape vulture.

The reserve forms part of the Cape Floral Kingdom, and the attractive, bushy fynbos can be seen along the attractive 11 km circular drive.  Alternatively, there are several walking trails, which offer the opportunity to appreciate the diverse nature of the Reserve, and include coastal and mountain trails.

The beach is absolutely spectacular. The entire length of the De Hoop coastline is a marine protected area, and is one of the largest in South Africa, extending almost 3 km out to sea. It is also one of the best spots along the Western Cape for whale watching during the season.  The high dunes at Koppie Alleen are an excellent vantage point to spot these majestic creatures. It is estimated that about 120 Southern Right whales return to the waters here to calve and mate every year.

The nearby Bontebok National Park is home to the rare bontebok and other smaller antelope, and also a birdwatchers paradise with nearly 200 species.

The Park is situated within the Cape FloralKingdom, the smallest, but richest of the world's 6 floral kingdoms.  The region has a temperate climate with an average rainfall of about 500mm per annum, occurring mainly during early summer and winter.

The magnificent Langeberg mountains with their high peaks (up to 1500m), their fynbos covered slopes and their lower gullies where cold mountain streams feed indigenous forests offer excellent walking and hiking trails, and the Breede River is a wonderful location for a guided bass fishing or birding tour.

There are beautiful views to enjoy, pools to swim in and waterfalls to admire. All trails are in the Marloth Nature Reserve.

Bright and spacious, the 6 luxury garden rooms have French doors opening onto a private patio with unobstructed views over garden and mountains. The Red Cloud room is perfect for a special occasion.

There are 10 beautifully decorated rooms which are situated in 3 different buildings. But it is not just about the sleeping arrangements.

The 6 comfortable guest rooms are surrounded by yellowwood trees, fruit trees and palms. All rooms have a private veranda overlooking the beautiful garden which attracts a variety of colourful South African birdlife too.