When to Go to South Africa on Safari

Best Months to Visit South Africa for a Memorable Safari

South Africa is a vast country with a varied climate, and whilst all regions can offer an outstanding safari at any time of year there are some differences on when the very best time to go is for each region. 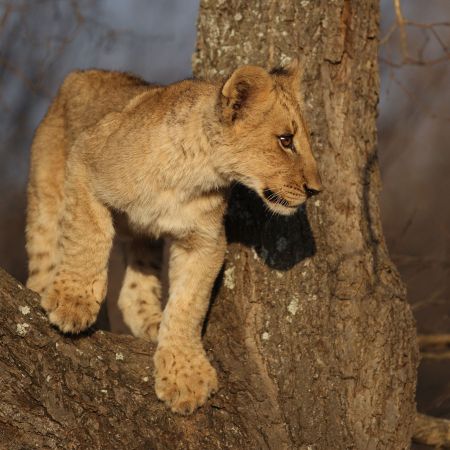 The summer months in the Kruger National Park (November through to April) are extremely hot and humid. Average daily highs are around 32°C, and tempretures can soar over 40°C on occasion and this is also the rainy season. Many animals give birth during the height of summer, so it is an excellent time to visit if you want to see lion cubs at play or wobbly zebra foals following closely behind their mothers.

The winter months are substantially cooler and drier, and generally better for game viewing. The bush dries back, making it easier to spot game, plus the animals are more dependent on the waterholes - so game viewing is particularly good around these areas.

However, in terms of combining a Kruger safari with a visit to Cape Town or the Garden Route, the winter months around these areas is generally the wet season - so although the climate in Cape Town is very Mediterranean you are more likely to have rain, especially during June and July. On the plus side, however, this would be the whale watching season so you will certainly be able to enjoy seeing these magnificent creatures close to - another unforgettable wildlife highlight.

November is the start of summer in the Eastern Cape, with hot days and pleasant, warm evenings. The summer months of January to March are the hottest months, with temperatures average daily temeratures close to 30°C - but short thunderstorms in the late afternoon help to cool off the heat of the day. Autumn (April and May) is pleasant, with average daily highs of about 25°C, but the early mornings and evenings can be quite cool so you'll need to take a fleece or wear several layers on your morning and evening game drives.

During the winter months of June, July and August, temperatures can get down to as low as zero at night and in the early mornings, but during the day the aveage high still reaches the low 20s. In September and October, things start to warm up again, but the evenings are still cool until summer starts to get underway towards the end of the year. 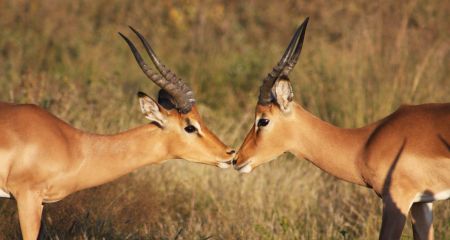 Spring (September to November) is when the bush in the Madikwe Game Reserve is at it's driest after the long dry winter, and average tempereature ranging from lows aound 12°C to highs above 30°C this is an excellent time of year to visit the reserve. In October there may be thunderstorms, and by November the chance of afternoon showers becomes greater, which means the bush begins to turn green.

The summer months (December to March) are hot, and days are often interrupted by spectacular afternoon thunderstorms that are as brief as they are intense. During December and January many of the antelope species give birth to their young, and the bush is now many shades of green. January and February are the hottest months of the year, but towards the end of March the heat is less intense and the chance of rain lessens.

In autumn (April to May) the bush begins to get dryer, the vegetation becoming less dense and the grasses begin turning brown under the sun. The temperatures start dropping at night but the daytime is still warm with highs in the mid-high 20s. Scattered thunderstorms are still occasionally experienced in the afternoon.

June, July and August are the mid-winter months, and are the coolest and driest time of the year, with average lows below 5°C and some nights where the temperatures will drop below freezing.  The sun will still warm temperatures to average highs of around 22°C, and as the lack of rain means the bush is drying out all the time and animals are more reliant on waterholes making them a little easier to find.

Summer is the rainy season in the Waterberg and Pilanesberg - it rains from October to the end of March, with the highest rainfall accompanied with spectacular thunder and lightening shows. Daytime temperatures are hot and humid with an average high temperatures around 30°C.

The winter months of April to September are dry, with bright ,clear and warm days and cooler evenings, but the mid-winter months of June to August are particularly cold, with evening temperatures as low 2 degrees C and only 22 degrees C in the daytime.

The game reserves and National Parks of KwaZulu-Natal have a subtropical climate with hot, humid, wet summers (September to April) and warm to cool, dry winters (May to August).  Daytime summer temperatures may rise above 35°C although the aveage is around 27°C, and winter nights rarely drop below 10 degrees C. Rainfall occurs predominantly in the summer months from September to April in the form of magnificent late afternoon/evening thundershowers.

Some lodges have a 'Low Winter Season' rate which runs from 1 May to the end of September or end October, and also several run special offers over this period, such as Stay for 3 Nights, Only Pay for 2, or Stay 3 nights and receive free nights in Cape Town – so the overall holiday package price can reduce quite dramatically if you can travel over this period.