When to Visit the Greater Kruger Park

The advantages of visiting at different times of the year

Depending when you visit Kruger can have an impact on your game-viewing - although the general consensus is that the game viewing is fabulous here all year round!

Visiting in the Southern Winter (May - August/September) 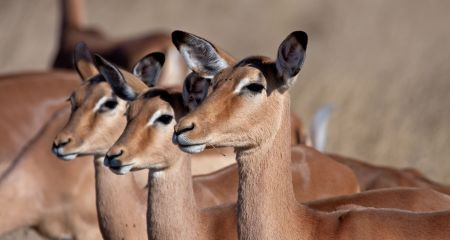 During the winter months of May to August, the temperature is cooler and there is little or no rain.

Because of the lack of rain, the vegetation is dry.  This makes for better viewing both in the bush and around waterholes and rivers, where animals will more frequently gather to drink as water is scarce.

The risk of malaria is considered negligible by locals in the winter months, however, since malaria is endemic to the Kruger National Park, visitors should still consult their doctor before any trip to a malaria area with regards to taking advice on suitable precautions.

A further benefit to visiting at this time of year is that as it is considered the 'low season' at the majority of the luxury safari lodges, so there are substantial savings to be found! 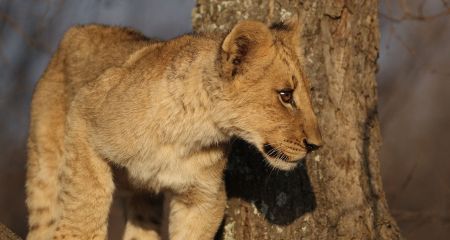 During the summer months of October to April, the risk of malaria is much higher, and the average temperature in the Park is around 30°C.

However, it has been known to reach as high as nearly 50°C during January and February, which are always the hottest months.

Heavy but short rain showers and thunderstorms are frequent. As a result of the rain, the grass is lush and green, which although lovely to look at, can also make game viewing in the bush more difficult.

Many animals give birth during this rainy season, so it is an excellent time to visit if you want to see young lion cubs at play or wobbly zebra foals following closely behind their mothers.

Many migrant birds also arrive during the summer months.