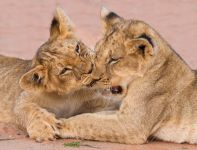 Book 3 nights at Lion Sands River Lodge in the Sabi Sand Reserve and receive 2 nights FREE in Cape Town, either in a Standard Room at the Cape Cadogan, or a Luxury Apartment at More Quarters Apartments !

Both the properties in Cape Town are conveniently located just off fashionable Kloof Street, with some of Cape Towns’ finest restaurants just a leisurely stroll away.