Keen to see leopards in the wild?   This video (appropriately enough taken at Leopard Hills) is a good example of why the Sabi Sands Reserve in the Greater Kruger Park is probably the best place anywhere to see leopard.

We have just been passed the special offer for Notten’s Bush Camp in the Sabi Sands Reserve:

Reduced rate of only R2500 per person per night at Nottens for bookings made in March 2009 for travel in March 2009. The rate includes accommodation, meals, 2 game drives each day and an optional bush walk, and this represents a saving of R600 (19%) on the regular price.

Save 20% on Last Minute Bookings at Lion Sands River Lodge

We are delighted to be able to offer a special 20% discount for all new bookings made at Lion Sands River Lodge from travel between now and the end of February 2009.

Lion Sands is located on the banks of the Sabie River and is widely regarded as having one of the best locations in the Sabi Sands Reserve.

The rooms have recently been refurbished, and with tempretures in Kruger reaching 30%, lots of new born animals at this time of year, and the Rand still remaining weak against sterling, the US Dollar and the Euro, this is a great opportunity to visit one of Africa’s great safari lodges. 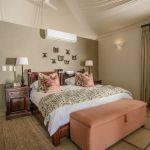 Savanna is a beautiful tented camp in the Sabi Sand area of the Greater Kruger National Park, and has long been a favourite of both us here at Travel Butlers and our guests.  Savanna was the first place that owners Tracey & Paul Campbell went on safari many years ago and it was the amazing game viewing of the area along with the enthusiasm of Paddy and his team and wonderful tented suites that first got them hooked on safaris.

We are delighted to be able to offer substantial discounts at Savanna for anyone able to travel before the 15th March this year.  The discounted rates are nearly 20% off the normal rates for this time of year, and are available for both Savanna Luxury Suites and Savanna Executive Suites.

Following our recent trip to Swaziland we have added a few pages of information for anyone thinking about including a night or two in this charming Kingdom as part of a longer trip to the area.

Swaziland’s location between the Kruger National Park and the many attractions of South Africa’s KwaZulu-Natal Coastline (including St Lucia, Phinda and much more) means that it makes an ideal stop-over between these two areas.  And as the border controls are quick and easy (15 minutes or so), South African Rand are accepted throughout Swaziland, and the country is well known for it’s friendy and relaxed people and vibrant craft markets, this really is an excellent addition to any trip to Southern Africa.