With the continued increase of rhino poaching in South Africa, Shamwari Game Reserve have added what they describe as “K9 tracking capacity” to their Rhino Protection Unit.

Now to geeks of a certain age this will have conjured up images of Doctor Who’s robotic dog from the 1970’s going into battle with the poachers, however the dog in question is actually an 18 months old Belgian Shepherd called Blade. 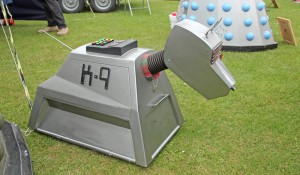 Blade was identified as being the ideal candidate for the role as Shamwari by the Chipembere Rhino Foundation (CRF), who have successfully supplied trained dogs for rhino protection elsewhere in South Africa during 2014 and 2015. He was trained off site before moving to Shamwari  in April to finish his training with handler, Cabous Pretorius, and he has also had to adapt to living and working in a challenging Big Five environment – which he has done perfectly.

Shamwari Group General Manager, Joe Cloete comments that “Blade will be a valuable asset in the fight against rhino poaching and will primarily be utilised to locate and apprehend rhino poachers.  We sincerely thank the Chipembere Rhino Foundation for arranging Blade to come and work at Shamwari Game Reserve.”

Blade started work at Shamwari following completion of his final exams at the end of May, and we wish him and Cabous every success in the fight against rhino poaching. 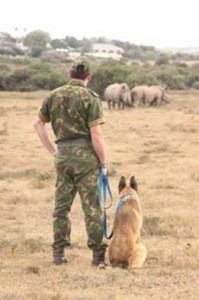