Today is World Rhino Day. There will be lots of stories today about this truly worthwhile cause, which is to stop the barbaric and illegal trade in rhino horn, and to promote global rhino conservation issues. Rhino horn is believed by some to have medicinal purposes, such as a miracle cure for fever, pain, arthritis, and even cancer. Hundreds of rhinos are being slaughtered for their horns in South Africa and the figure continues to rise. The animals are being hunted and cruelly killed, and even rhinos in the private game reserves are being targetted.

However, today is also the day to celebrate the rhino. A famous member of Africa’s Big 5, when tracking rhino you can always tell where they have been because of their middens – a reasonably sized pile of dung basically that marks their territory. But did you know that a long, long time ago, the rhino’s middens used to be much, much larger…

Once upon a time, when the animal kingdom could talk, Elephant used to tease Rhino about his short sight and bad temper (this is a bit of pot calling kettle black, but hey, if you are the size of Elephant you can afford to tease any other animal without fear…). After many months of this incessant teasing, Rhino, who is not short of a few pounds himself and has plenty of courage, decided to stand up to Elephant and challenged him to a duel.

The rest of the animals gathered round, to decide what would be a fair contest. They all agreed that a fight was out of the question – Rhino had the unfair advantage of a rather sharp horn as a weapon; Elephant had the rather unfaair advantage of being twice the size of Rhino – so they all put their heads together to think of something that both Rhino and Elephant had in common, to make it a more even contest.

Now, both Rhino and Elephant are known in the animal kingdom for the sheer amount they can eat in a day, so Lion had the idea that they should have a contest to see, over the course of a day, who could produce the largest dung-heap.

Rhino and Elephant set off in the morning, and ate and ate and ate. At the end of the day, the animals gathered around to look at both dung heaps. Rhino’s dung heap was just huge, and it completely dwarfed the dung-heap that Elephant had produced. Rhino was the winner.

However, rather than accept the winner’s crown graciously, Rhino did gloat a bit. And a bit more. And even more. Now, as mentioned earlier, Elephant is also not particularly known for his calm temper, and Rhino’s gloating made Elephant lose his temper. And when Elephant lost his temper, well, just watch out. He threw Rhino to the ground and beat him with his trunk and tusks. Poor Rhino did not stand a chance, and begged for mercy and for Elephant to stop. Eventually, Elephant did stop, but only after he made Rhino promise never to challenge him to another duel and NEVER to make Elephant look anything less that the mighty King of the Bush.

Rhino never forgot that terrible beating, and afraid that he may get another one, he always today makes sure that his dung-heap is smaller than that of Elephant. And that is why Rhino kicks at it, scattering it until it is quite flat. 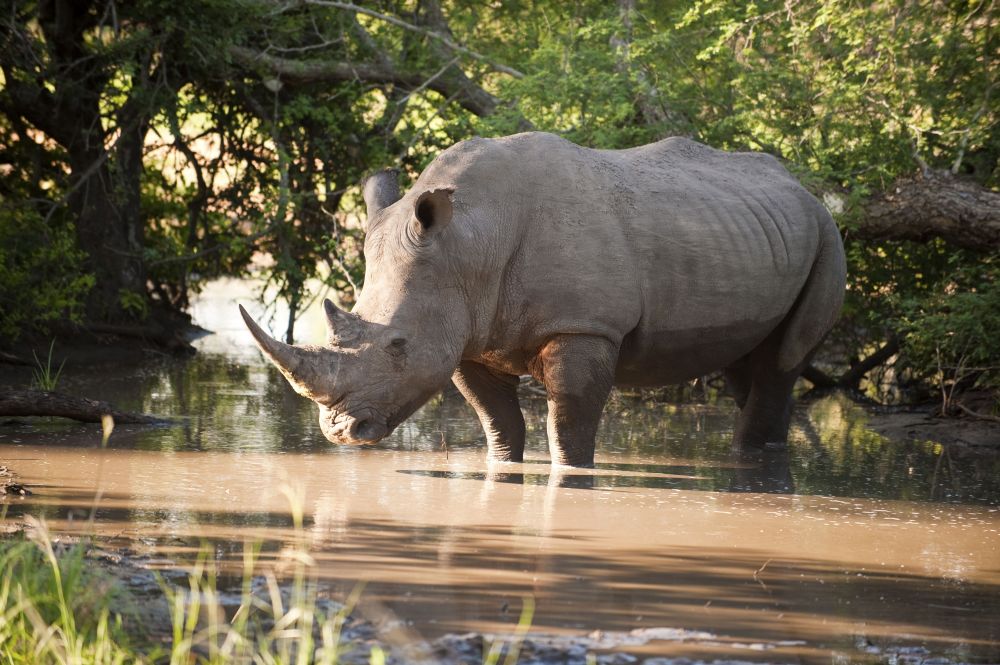 Comments Off on 22 September is World Rhino Day