Today I will mostly be a giraffe

Yesterday I became a giraffe. Only for three days, admittedly, but a giraffe nevertheless.

No, I am not currently sitting alone wrapped in a cosy white jacket and bouncing happily off the walls of my padded room whilst singing ‘She’ll be coming round the mountain’.  I am instead referring to the latest craze/fad to have swept through the Facebook community.

For those of you who are unaware of what I am talking about, you are invited to answer a riddle. If you guess the correct answer you name is published along with the glory of everyone knowing you got it right. Guess wrong, however, and you have to change your profile picture to that of a giraffe for three days.

I joined a thread last night of a friend whose picture is now that of a cute cuddly toy giraffe, and it was quite surreal as the only people in said thread were all giraffes.  Ok the thread was bemoaning how silly we all were for getting the riddle wrong, but even so, it will go down as one of my more weird Facebook moments.

But in all honesty, what’s wrong with being a giraffe?  Think on the positive side:

Had I been a giraffe on Saturday night when I was at the Round House in Camden watching the Boomtown Rats, I would not have had my view constantly blocked by people who were at least 2 feet taller than me.

I would be able to run at a top speed of about 52-55 km/h – so when I do my half marathon in March I will do it in record time.

I would still have the same number of vertebrae in my neck as a human so not everything will be a massive change.

I would only need to sleep for between 1-12 minutes at a time, so no more ‘bed hair’ to worry about in the morning, and I would never oversleep and be late for work.

As a giraffe, I would only need to drink once every several days, thereby saving a fortune at the pub.

Each time I raised my neck as a giraffe, it would be the equivalent of lifting 550 pounds – who needs a gym membership if you can exercise like that every day at home?

I would have a naturally beautifully spotted coat that is unique to me, so I would never have to worry about anyone else wearing the same outfit on a night out.

So all in all, I am going to embrace this identity change for the next three days. In fact, I may even decide to remain as a giraffe.

Ps. In case you were wondering, this is said infernal riddle:

3:00 am, the doorbell rings and you wake up. Unexpected visitors. It’s your parents and they are here for breakfast. You have strawberry jam, honey, wine, bread and cheese. What is the first thing you open?

Hint – the clue is the time… 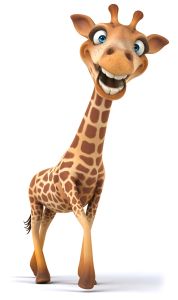 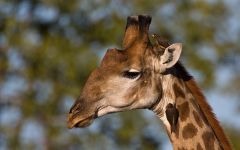 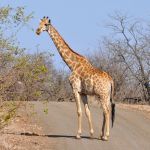 Comments Off on Today I will mostly be a giraffe