Fenced or Not Fenced – that is the question

A very common phrase that you will see when you are searching for your South African safari is the term ‘fenced reserve’.

But what exactly does this mean? For those not in the travel industry, it may seem like an extra word that has just been added to the description of the reserve, to fill out the page.  Surely everywhere has to have a fence somewhere?

Technically, yes, in South Africa every game reserve or National Park does have a fence, even Kruger and it’s neighbouring private reserves.  Somewhere along the border, there will be a fenceline that will act as a deterent to the wildlife, to stop them leaving the safe sanctuary of the reserve/Park and wandering off to visit local villages.

Fenced reserves is a term therefore that is used for smaller reserves, and that is where it does actually have some significance.

For example, in the Eastern Cape, all the reserves are fenced, and in the Kruger area, you have a couple of fenced reserves, such as Kapama and Thornybush.  This is because these reserves are all independently owned, so therefore the owners have to firstly differentiate their land from their neighbours, but more importantly, they have to keep their wildlife on their land too!  As a land/reserve owner, you certainly do not want your larger game such as elephant, rhino or lions wandering off to visit another reserve, so that your guests who pay to stay at your reserve don’t get to see them!  How annoying would that be!  Equally, you don’t want your pride of lions deciding to go for a wander through the local village!

Fenced reserves tend to range vastly in size – anything from 1,500 hectares up to 25,000 hectares and upwards.  Obviously, the larger the reserve, the more wildlife the area can sustain, but this will be reflected in the rates charged.

Larger reserves can also play ‘home’ to more predators, as they equally have the space to keep the plains game and buffalo that the predators will naturally hunt for food.  Get the balance between predators and their ‘food’ incorrect and you will have a reserve full of hungry lions and no buffalo!

I have spent many a happy game drive in a fenced reserve, and to be honest, I have had some wonderful game drives and game viewing experiences.  As long as you go to a fenced reserve knowing that you will not see a herd of a million wildebeest wandering across in front of your game vehicle, or expect to see 20 different prides of lions, then there really is no reason not to have a great safari experience in a fenced reserve. 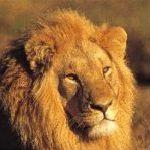 Comments Off on Fenced or Not Fenced – that is the question