Two More Cheetahs Released Into The Wild At Hoedspruit

The Hoedspruit Endangered Species Centre (HESC) has released two female cheetahs, a mother and daughter, into the neighbouring Kapama Private Game Reserve.  The cheetahs have been at the centre since April last year, when they were bought to the Centre from the Mountain Zebra National Park outside Cradock in the Eastern Cape, due to an overpopulation issue there. 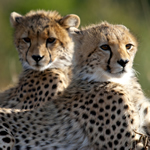 “From a conservation point of view, the release means that there are now two more cheetahs from a different gene pool, which will allow for the new genes to help with the success of conserving this endangered species,” said Lente Roode, founder of HESC.

The 13,000 hectare fenced Kapama Game Reserve spreads from the R40 on the west to the Thornybush boundary to the east, and from the Eastgate Airport road to the north to the Klaserie Dam on the south. The Klaserie River flows through the reserve. 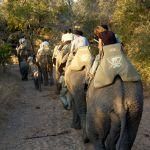 Kapama has all the Big 5 African animals in abundance, and the reserve’s natural environment and sweetveld ecosystem offers guests the opportunity to have close encounters with all the African animals that traditionally roam this area.

The lodges on the reserve all offer morning and afternoon game drives in open Land Rovers, and also included in the rate is all your meals, and an optional morning bush walk with a qualified guide.

Elephant back safaris are available at an additional cost, and these provide a unique way of seeing the bush from a different perspective.

We wish mum and cub all the best for their new life in Kapama, and our congratulations to everyone at the HESC  for the outstanding work that they do to rescue these animals and reintroduce them to the wild.

We highly recommend a visit to the HESC to anyone visiting the Hazyview or Lowveld area as this is a great way to support their work and also get closer to cheetahs and other species than you would in the wild. There is no need to book in advance, and you can check opening times and prices on their web site .