Book your safari for the month of August for ONLY R2995 per person per night. 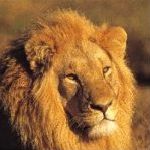 Cannot be combined with any other offer at Shamwari Lodges.

The Shamwari Game Reserve is 25,000 hectres of malaria-free, private game reserve situated in the Eastern Cape of South Africa. The combination of luxury safari lodges and the outstanding work that the reserve does with the Born Free Foundation has earned them numerous travel industry and conservation awards over the years.

The reserve boasts 5 eco-systems, and supports many forms of plant, animal and bird life, including the Big 5 as well as wild dog, cheetah, hyena, giraffe, hippo, zebra and numerous antelope species.

Accommodation ranges from luxury tents to an Edwardian mansion in the heart of the bush.

Comments Off on Last Minute EXCELENT Rates at Shamwari