Book 3 nights at the exclusive 5* Lion Sands Ivory Lodge in the world-famous Sabi Sand Reserve and receive 2 nights FREE in a Luxury Room in the Cape Cadogan, in the heart of the ‘Mother City’, Cape Town. 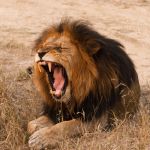 Lion Sands Ivory Lodge, in the southern portion of the 65,000 hectare Sabi Sand Game Reserve, is built on the banks of the Sabie River. Game viewing in search of Africa’s Big 5 – lion, leopard, elephant, rhino and buffalo – are conducted in open Land Rovers every morning and afternoon. The 6 ultra luxurious suites all have en-suite bathrooms with outdoor and inside showers, a courtyard, lounge with fireplace, wooden viewing deck, patio and private plunge pool.

Cape Cadogan is conveniently located just off the fashionable Kloof Street, with some of Cape Towns’ finest restaurants just a leisurely stroll away.