Okonjima and The AfriCat Foundation

The AfriCat Foundation, founded in 1991, is a non-profit organisation whose mission is to save Namibia's large carnivores (cheetah, leopard, lion and hyena).

Their main objective is to find solutions to alleviate the conflict between the large carnivores and the 7,000 Namibian farmers (both livestock and game), whose free-roaming livestock and game are easy prey for these predators. 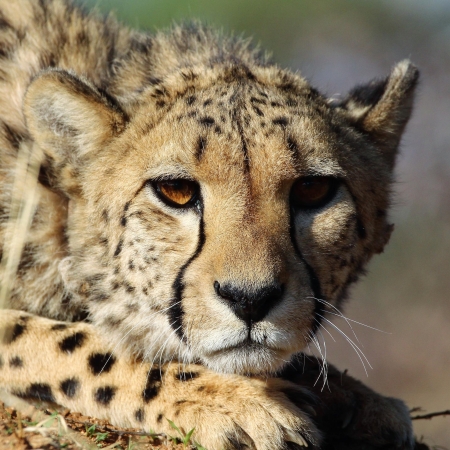 Namibia is home to approximately 25% of the world's cheetah population, of which 90% live on farmland. Little is known about leopards on farmland, but it is estimated that there are between 4,000 and 8,000 leopards in the country.  Namibia's lion population is approximately 1,000.

The headquarters of the AfriCat Foundation is at Okonjima, a 22,000 hectare private nature reserve near Otjiwarongo, about 2½ hours north of Windhoek.

The Foundation is achieving their goal through farmer assistance, youth education, research and animal welfare. The ongoing research projects, in particular the leopard and brown hyena research projects, are essential in accomplishing the long term conservation of Namibia’s large carnivores in their natural habitat.

The inevitable conflict occurs when farmers lose their livestock to predators.  As a result, these predators are often regarded as 'vermin' by the livestock community, and removing them seems to be the only solution to the problem.  The animals are often caught in box or gin traps, poisoned, or are shot on sight. The AfriCat Foundation is on hand to assist any farmer who has caught a predator alive in a trap. To save the animal from possibly being shot, the Foundation will travel to the farm to collect the animal, and bring it back to the AfriCat Foundation. This contact with the farmer also enables the Foundation to promote sound livestock management techniques as an effective solution to livestock losses rather than carnivore losses. 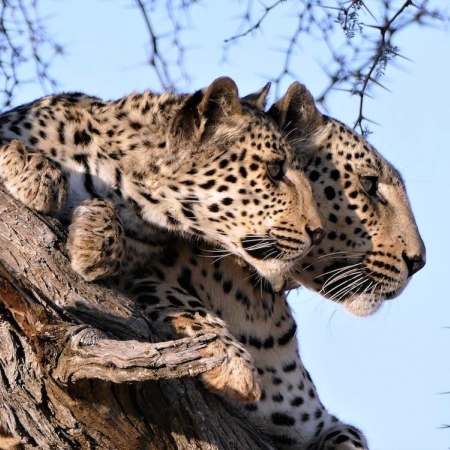 When an animal has been caught in a trap, the surrounding area is checked for any signs indicating that animal might not have been alone before being caught. Every effort is made to keep social groups together - coalitions, siblings and especially a mother and any babies. If required, attempts are made to capture those that have not yet been caught. If the predator is not a livestock killer, and is in a healthy condition, AfriCat will try to release the animal as soon as possible, with the farmer's permission, in the same or similar area. Predators who, however, have been responsible for regularly killing livestock are relocated to game reserves, and are released with radio-collars so they can be tracked and monitored.

Nearly 90% of all the predators rescued from traps by AfriCat have been released or relocated. Those that have been injured are returned to the wild after they have recuperated at the on-site veterinary clinic. In cases where their injuries have been too extensive, and they are unable to be released, the cats remain in care at the Foundation.

Many of the cheetahs and leopards that are taken in have been in captivity - anyone residing on a farm in Namibia used to be able to own large carnivores as pets. Many of these animals are either no longer wanted, or have become too expensive to care for properly, or have been confiscated by the authorities for being held illegally or with improper care. These animals are unsuitable for release, as they have become habituated to people or completely tame, so they remain at the Foundation. These animals have assumed the role of being Species Ambassadors for their wild counterparts. 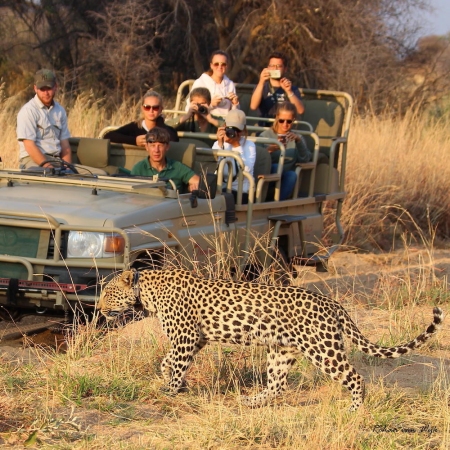 All the predators at the AfriCat Foundation are monitored closely every day, and undergo an annual health examination where their eyes and teeth are checked, and blood samples taken and analysed for viral antibodies.  All the animals are also vaccinated. The animals are all fed a balanced diet, which consists of fresh meat with supplements.  Any health problems are dealt with immediately, and the animals are dewormed 4 times a year to protect them from parasites. Both the cheetahs and leopards are put on contraception, to prevent breeding in captivity.

Data is collected and a record kept of every animal that comes through the AfriCat programme.  This includes details such as where the animal was caught and reason for its capture, as well as characteristics such as age, weight and measurements. The information gained provides invaluable data on the demographics and genetic make-up of the predator populations living on Namibian farmland.

The success of the africat project

Besides giving the animals a chance to return to the wild, the project provides the opportunity to assess whether rehabilitation is a successful means of conserving an endangered population. The Foundation relies on donations and support from private donors and larger conservation and animal welfare organisations.  If you would like more information on the Foundation, please click on the following link: www.africat.org.

Okonjima - Home to the AfriCat Foundation

Visitors to Namibia can visit this project by staying one or ideally 2 nights at one of the 4 properties on the Okonjima Reserve, which include Okonjima Plains Camp and Okonjima Luxury Bush Camp. 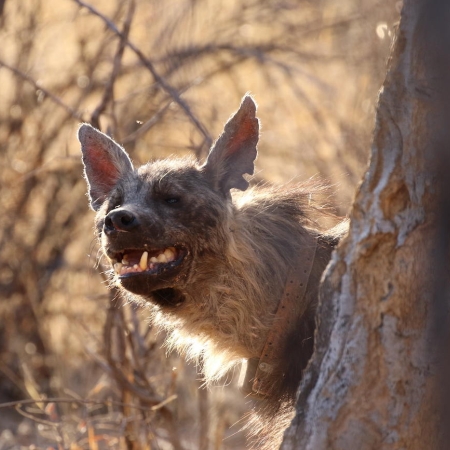 Okonjima Nature Reserve is today recognised as one of the premier places to stay to witness large carnivores in the wild and to be educated about conservation. The symbiotic relationship which exists between the AfriCat Foundation and the Okonjima Nature Reserve is imperative to the continued survival of both - without education, research and the mitigation of farmer-predator conflict throughout Namibia, the essential conservation of large carnivores would falter - and equally, without the partial financial support contributed by the visitors who stay at the Okonjima Nature Reserve, neither would survive!

Guests staying here have the opportunity to visit the AfriCat Carnivore Care and Information Centre and learn more about the work carried out here. After an informative afternoon trail, guests end the day with a sundowner in an area of the Okonjima Nature Reserve which has a high density of the secretly-social and rarely-seen brown hyena.

One of the more popular activities is going out on a game drive to view leopards, including those collared for research purposes. Research programme leopards are actively tracked, and their collars are an invaluable resource for locating, and then returning to the Reserve, cats which have migrated to surrounding farmland where they are perceived as threats to livestock.

Other experiences include tracking brown hyena and pangolins.

Okonjima Plains Camp offers a choice of en-suite accommodation depending on your budget - choose from Garden Rooms, Standard Rooms or the spacious View Rooms.  The Standard and View Rooms also offer views across the Okonjima grassy plains, and also each have a verandah.

The Okonjima Luxury Bush Camp is situated at the edge of a wilderness area. Each of the 8 unique thatched, African-style chalets enjoys complete privacy, and the large glass panels and canvas windows that can be completely opened for unrestricted views of the savannah.

The Okonjima Villa overlooks a natural waterhole, and offers 2 en-suite luxury bedrooms in the main house, as well as accommodation in 2 separate private luxury mini suites - accommodating in total up to 8 adults and 4 children.

The Okonjima Bush Suite features only 2 separate private en-suite bedrooms under a magnificent thatched roof, which together can accommodate a family or small group of just 4 people.