Safari Only Holidays to Kenya

If all you want from your trip to Kenya is to see the wildlife, you will not be disappointed! The diversity of the wildlife and scenery across Kenya's many National Parks and game reserves will ensure that your safari holiday is not only exciting, but also varied in terms of the animals that you may see. 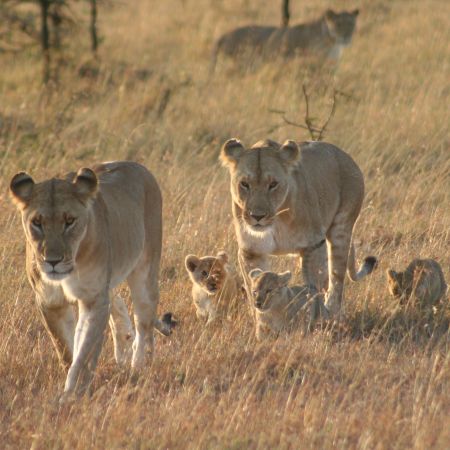 The Masai Mara is the most well-known of the Kenya safari destinations, and conjures up images of sun-baked plains with stalking lions and leopards roaming across the open savannas. A true ‘Out of Africa’ safari destination, the sheer volume of animals found here and the astounding number of different bird species you may encounter makes this an exciting and rewarding year-round safari destination, for first-time safari goers or for returning safari enthusiasts. Elephant, buffalo, lion, rhino (incluidng the endanged black rhino as well as the white rhino), antelope, zebra, hyena, leopard, giraffe, hippo, and crocodile - the list goes on and on.

An added bonus if you plan to travel here during the months of August through to October is that you will be able to witness the ‘Great Migration’, where over a million wildebeest, zebra and gazelles descend on the central Mara plains, tired and exhausted after their long and arduous trek from the neighbouring Serengeti plains in Tanzania to reach this fresh grazing land. It is here that you may, if you are lucky and patient, get to witness a famous Mara River crossing, where the wildebeest fight for their lives against strong currents, steep riverbanks and huge hungry crocodiles who lie in wait to ‘snap up’ any tired animals who are finding the dangerous river crossing just too much to handle after a journey that has been already about 900 miles.

But there is more to Kenya than the Masai Mara.  Don't forget the more remote Laikipia or Samburu areas - home to the Samburu Special Five if you are looking to tick something new and different off your wildlife checklist.  Then there is the stunning Amboseli with it's backdrop of Mount Kilimanjaro and huge herds of elephants - some of which have the glory of having the largest recorded tusks ever.  And finally, the red, dusty Tsavo National Park (the largest National Park in Kenya) with its famous 'red' elephant inhabitants and 'man-eating' lions. 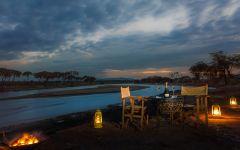 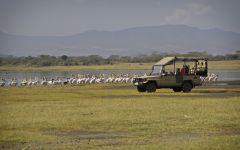 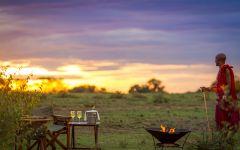 This 7 night/8 day private safari takes you to the remote northern part of Kenya, to the lakeshores of Lake Nakuru, and ends with 3 nights in the famous Masai Mara. This is ideal for anyone watching their budget, as for the first 4 nights, your transport is in a private safari minivan, which offers a lower-priced option compared to a private 4x4 safari vehicle. Admire the long-necked gerenuk and it's fellow members of the Samburu Five - Grevy's zebra, the reticulated giraffe, the besia oryx and the Somali ostrich. Count endless pink flamingoes, and stalk big cats across open plains. But most of all, be blown away by the scenery.

This is a 7 night itinerary including Samburu Eco-System, Lake Nakuru National Park and Masai Mara. 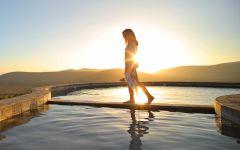 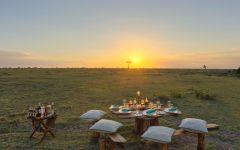 A 6 night/7 day life-enriching journey combining two of Kenya's most exciting and wildlife-rich wildernesses, where you will experience 5* luxury in elegant tented camps combined with adventure and authenticity, wildlife and culture.

This is a 6 night itinerary including Samburu Eco-System and Masai Mara.

A Week of Wildlife 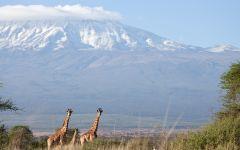 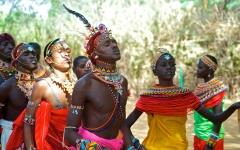 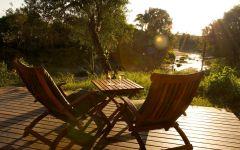 On this 7 night break, enjoy sundowners looking at Mount Kilimanjaro, explore the remoteness of the Samburu National Reserve in an open 4x4 safari vehicle, and drive across the sun-baked plains of the Masai Mara, where every game drive will give you an exciting wildlife encounter. It is a week filled with wildlife from start to end.

This is a 7 night itinerary including Amboseli National Park, Samburu Eco-System and Masai Mara. 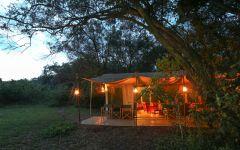 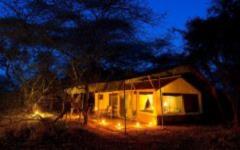 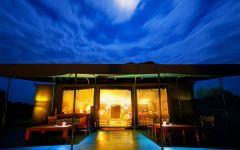 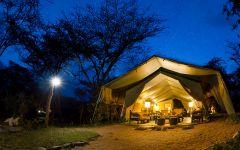 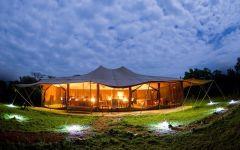 A 12 night tour to Kenya’s best wildlife areas, staying in small safari camps for an exclusive and personal wilderness experience away from the crowds. This itinerary includes flights between areas to get you straight to the wildlife without spending hours travelling between the Parks over rough roads, day and night game drives in 4x4 safari vehicles and bush walks with Masai guides for the ultimate African adventure.

This is a 12 night itinerary including Nairobi, Amboseli National Park, Laikipia Plateau and Masai Mara.

A Kenyan Safari in True Style 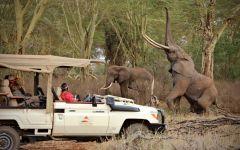 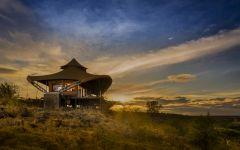 If you only have a week to spare, why not spend the 7 nights in true style?

This is a 7 night itinerary including Tsavo National Park and Masai Mara.